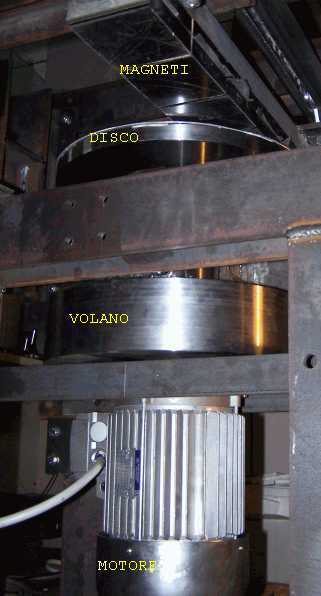 Our new patented solution for launchers and other type of drives for the fun ride industry.
A spinning conductor disk, driven by a standard asynchronous motor, interacts with a magnetic pad placed underneath a car in a roller coaster.
When the circumferential speed of the disk is higher than the linear speed of the car, a force pushes the car along the rail.
The principle is the same as for magnetic brakes: no contact, no friction, low maintenance and high reliability.
By stacking more disk units in line along the track, virtually any energy and speed may be transferred to the car or to the train.
Also a flywheel will normally be coupled to the conductor disk: no peaks of power consumption, unlike with other types of linear motors.
Last but not least: the magnetic pad under the car will also serve for braking at the end of the loop.
A very simple and proven technology for a new generation of giant, medium, small and mini coasters!

Ask for more information on LEM.